Paper.io Online is an online HTML5 game presented by yiv.com, it's playable in browsers such as safari and chrome. You can play the game on smartphone and tablet (iPhone, iPad, Samsung, Android devices and Windows Phone). Experiencing the feeling of Conquest! Killing every Intruder! Paper.io Online is your best choice. The game can be mastered immediately, but you need to notice that your tail is the fatal weakness. However, if you go ahead and touch anyone's tail, that's the end for him. It's time to show your strategy and game skills. Paper.io online is a brand new .io game in which you need to expand your territory on the map! When the game starts, you own a very small block. But you also control a moving box. You need to capture territory to add it to the block you control. To do so, just form a line and link it back to your owned territory. Be careful not to touch your own line while doing so, because you will die! You can also crush opponents by hitting them while they're forming a line. Start to capture territory step by step. Can you own the map and dominate the leaderboard in this great multiplayer game? Have fun with Paper.io Online!

Controls Paper.io Online
Use the arrow keys to move the box. 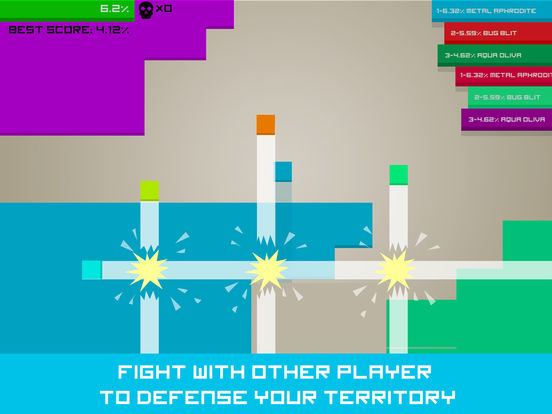